Hello, my friends! Technically, summer is over but the days are still warm at my place, and this collection of novellas are perfect to get in a few more summer reads!

Be sure to check out the giveaway at the bottom of the page! 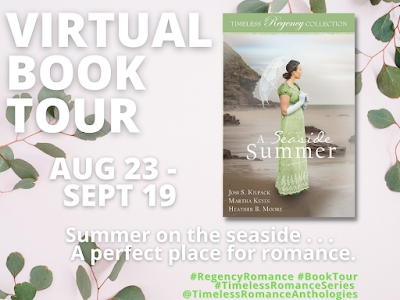 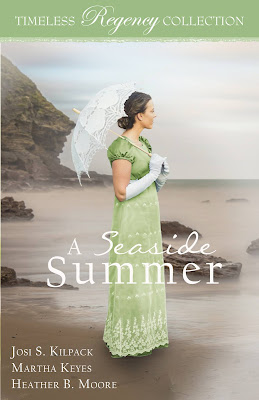 A Seaside Summer
Timeless Regency Romance Collection (Book 17)
by Josi S. Kilpack, Martha Keyes, & Heather B. Moore
BOOK DESCRIPTION
Summer on the seaside . . . a perfect place for romance.
Join us for three novellas in one collection:
The New Countess, by Josi S. Kilpack
Diane knows why the earl asked her to marry him; he needed a mother for his daughter, an heir for his title, and a hostess to assist with his position in Parliament. With two sons of her own, and no security to speak of, she never thought twice about accepting his proposal. Summering at his holiday cottage at the sea was meant to be reward for a busy first year as the new countess, and a time for her to rest before their baby is born. She is expecting lazy days on the beach with the children, simple meals, and keeping her own schedule. When the earl surprises her with a visit, she does her best not to resent the intrusion. When she learns that he came for the sole purpose of being with her and getting to know her better, she realizes that perhaps this marriage can be more than she expected. Is she ready for him to know her and love her and explore this new possibility together? She wants to be, but it is not an easy thing to let go of expectations and open up to an entirely new way of life.
Mishaps and Memories, by Martha Keyes
Judith Jardine’s one chance at a brilliant match is doomed from the start when she is ignored and then mocked by the ton’s most sought-after gentleman. Under a gloomy cloud of failure, Judith is exiled to a seaside cottage to spend the summer helping her sister—and living a life far below the one she experienced for her week in Brighton. When she discovers the man responsible for her misfortune unconscious on the beach, she heeds her better impulses and has him brought to the cottage to be seen to. But James Carlisle has no recollection of who he is, what happened to him, or how he has wronged her, and Judith sees the opportunity to teach him a valuable lesson—unless the deception and her feelings get the best of her first.
Moonlight Summer, by Heather B. Moore
Oscar Rosewell’s life is not lacking in many things even though he lives on the fringes of society due to his father’s ruined reputation. He’s sworn off having any personal relationships with ton members—his only interest lies in keeping his business thriving. He’s content with his day-to-day anonymity, and business keeps his heart from getting exposed. It’s safer that way. Until Oscar meets Miss Dorothea Atkinson. A woman capturing his interest is a rare thing, but Miss Atkinson is nearly engaged to a man of her parents’ choosing. Would it be wrong to wish for something to go terribly wrong between the couple? Soon, Oscar learns that wishing can become a reality, but often, the price is an even heavier thing to pay.
Buy: Amazon • Barnes & Noble • Bookbub
Add to Goodreads.
FTC Disclaimer: Link to Amazon. I am an Amazon Associate. Should you purchase a copy of the book through the link provided, I will receive a small commission. Thanks!
About the Authors
Josi S. Kilpack is the bestselling author of several Proper Romance, Timeless Romance series, and a Cozy Culinary Mystery series. Her books, A Heart Revealed and Lord Fenton's Folly; were Publishers Weekly Best Romance Books of the Year. She and her husband, Lee, are the parents of four children
Website • Facebook • Instagram • Goodreads
Martha Keyes is a Whitney Award-winning author born, raised, and educated in Utah—a home she loves dearly but also dearly loves to escape whenever she can by traveling the world. She received a BA in French Studies and a Master of Public Health, both from Brigham Young University.
Word crafting has always fascinated her, but it wasn’t until a few years ago that she considered writing her own stories. When she isn’t writing, she is honing her photography skills, looking for travel deals, and spending time with her family. She lives with her husband and twin boys in Vineyard, Utah.
Website • Facebook • Instagram • Goodreads
Heather B. Moore is a USA Today bestseller and award-winning author of more than seventy publications. She's lived on both the east and west coasts of the United States, including Hawaii, and attended school abroad including the Cairo American College in Egypt, and the Anglican School of Jerusalem in Israel. She loves to learn about anything in history and, as an author, is passionate about historical research.
Website • Twitter • Facebook • Instagram • Goodreads 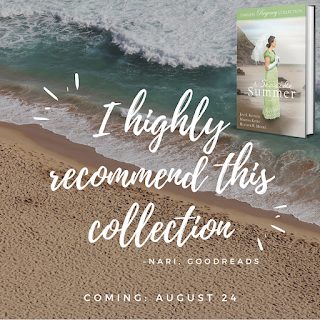 About the Series
Since 2015, Mirror Press has been presenting the Timeless Regency Romance Collection, a curated anthology of novellas and short stories set in early 19th century England. Featuring bestselling authors from the historical romance genre, the series has hit the USA TODAY bestselling list and charted at #1 at Amazon.com. In October the Timeless Regency Romance Collection will present its 18th anthology, The Inns of Devonshire, including stories by Sally Britton, Annette Lyon, and Deborah M. Hathaway. Learn more about the series and other anthologies published by Mirror Press at their website. 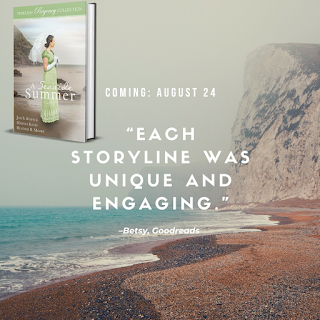