Hello, my friends! Riana Everly has another new book out! Preludes: A Modern Persuasion Improvisation - yes, you read that right, a modern Persuasion! And look at that lovely cover!

Please welcome Riana as she shares about her secondary characters. There's also an excerpt to read, plus Riana is giving away an e-copy of Preludes to one of my lucky readers! Details are at the bottom of the page! 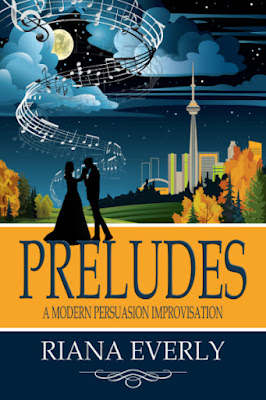 Preludes
A Modern Persuasion Improvisation
by Riana Everly
Blurb
A heartfelt and absorbing modern interpretation of Jane Austen’s Persuasion.
Eight years of heartache…
Anne Elliot is a successful composer, a shining light in the world of music. But her heart still aches for the man who left her eight years ago when she was persuaded to put her career above her heart.
Eight years of anger...
Fred Valore has found fame and glory as a brilliant orchestra conductor. He has studied in Europe, travelled the world, but cannot forget how Anne rejected him eight years ago. And now he’s coming home.
Suddenly, Fred and Anne are living in the same city again, and forced to work with each other. Old feelings are hard to ignore, but now Fred is waltzing about town with an attractive musician, and Anne has caught the eye of a handsome businessman.
When a whirlwind of misunderstandings gets in the way of a tentative reconnection, is their long-lost love doomed to remain a thing of the past? Or can they somehow find a path back to each other to make beautiful music once again?
~ ~ ~
Set in the vibrant and arts-loving city of Toronto, Canada, Preludes is perfect for Austenites and Contemporary Romance lovers alike.
Thank you so much for the opportunity for a stop here at So Little Time… on my blog tour for Preludes: A Modern Persuasion Improvisation.
Preludes is a modernization of Jane Austen’s fabulous novel Persuasion, which (please don’t tell anyone) is my favourite, even more than Pride and Prejudice. I mean, it’s hard not to love Lizzy and Darcy, but there is something particularly heart-tugging about Anne Elliot and Frederick Wentworth’s eight-year separation, and the deep love they have that lets them find each other again with the maturity and commitment that the intervening years have given them. And that letter—we’ll forgive anyone almost anything if he can write a letter like that. “You pierce my soul…” How does one beat that?
I have moved the story into the present, and have given Anne and Fred new careers. Anne is a successful composer with a widely acclaimed move score to her name. Fred is an orchestra conductor who has an international career. Eight years after their break-up, Fred has just been appointed principal conductor of the orchestra where Anne is the composer-in-residence, and they must work closely together on some special projects.
But, of course, Anne and Frederick are only two characters in Jane Austen’s rich universe, and today I’d like to talk a bit about some secondary characters and how they appear in my book.
Admiral and Mrs Croft 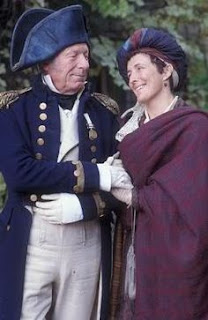 In Austen’s novel, Admiral and Sophia Croft lease Kellynch Hall, the Elliots’ ancestral home. Mrs. Croft is Frederick Wentworth’s
sister, and when he comes visiting, he and Anne are thrown together again. The Crofts really take to Anne, and almost adopt her as a sort of cousin or niece, giving her more genuine affection than she receives from her blood relatives.
My Crofts are not related to Fred, but know him, and are instrumental in forcing our two star-crossed lovers together before their work commitments would require it. Sophia is Anne’s best friend, the one who drags her out of her cocoon and force-feeds her cheesecake and pulls out all those long-buried secrets. I’d love a friend like Sophia. Especially the cheesecake part.
Mr. Elliot 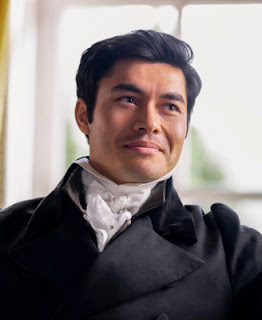 In Persuasion, William Elliot is Anne’s cousin, and heir to her father’s baronetcy. There is some bad history between him and
Anne’s father, Sir Walter, so it comes as something of a surprise when Cousin William starts playing nice right around the time Anne arrives in Bath. He is supposed to be courting Anne’s sister Elizabeth, but he is much more taken with Anne, it appears!
Again, I’ve changed William’s role a bit to fit in with the modern setting of Preludes. I’ve also changed his name, since he is not a cousin but a new acquaintance. But, in deference to the man who wants to be a baronet, I’ve named him William Barnett. Now he is a new member of the orchestra’s board of directors, a handsome businessman with a successful land development company and a passion for the arts… and artists! When he starts flirting with Anne, a lot of people start to see her in a different light.
Louisa Musgrove
In Austen’s novel, Anne’s sister Mary is married to Charles Musgrove. Louisa is Charles’ sister, and for a while it looks like she and Frederick will end up together. She is young and energetic, quite decisive and rather impetuous, exactly the things Anne was not, which led to the break-up eight years ago.
Once more, I’ve changed the nature of the relationships. Louisa isn’t related to Anne’s family at all, but she is a musician in the orchestra. She is attractive and spunky, with eye-catching earrings and jewel-toned hair, and she definitely has her eye on Fred. Anne is convinced they’re an item; after all, they’re photographed together all the time, their pictures in the newspaper and all over social media.
Captain Benwick 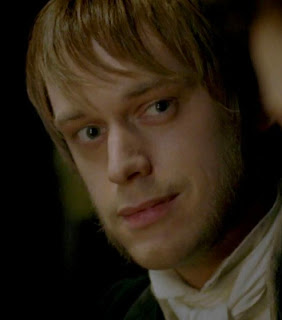 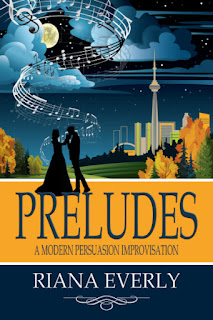 Preludes is available for purchase at Amazon and is free to read on Kindle Unlimited. A paperback will be available very soon!
Buy: Amazon (paid link) • Books2read
Add to Goodreads
FTC Disclaimer: Link to Amazon. I am an Amazon Associate. I will receive a small commission if you purchase a book through the link provided. Thanks!
About the Author
Award-winning author Riana Everly was born in South Africa but has called Canada home since she was eight years old. She has a Master’s degree in Medieval Studies and is trained as a classical musician, specialising in Baroque and early Classical music. She first encountered Jane Austen when her father handed her a copy of Emma at age 11, and has never looked back.
Riana now lives in Toronto with her family. When she is not writing, she can often be found playing string quartets with friends, biking around the beautiful province of Ontario with her husband, trying to improve her photography, thinking about what to make for dinner, and, of course, reading!
Connect with Riana Everly
Website • Blog • Facebook • Twitter • Amazon
* * * GIVEAWAY * * *
Riana Everly is offering a gift copy of the eBook of Preludes to one of my lucky readers! She will randomly select the winner from people commenting on this post within five days of it going live. The last day to enter is midnight EST (North America) on October 11.
If you wish to participate, please make sure she has a way to contact you if you win.
Riana will give away one copy at each blog she visits until October 21, but she does not have all her blog tour dates yet. Keep an eye out for where she'll be next on her Facebook page!
Thank you so much for stopping by today, Riana! I loved this excerpt! You have definitely intrigued me. And thank you for offering one of my readers a chance to win an eCopy of Preludes.
Readers, how about you? Intrigued? Please leave a comment or question for Riana below, and don't forget to leave a way to contact you! Thanks and good luck!
Posted by Candy @ So little time... at 12:30 AM 5 comments: