Hello, my friends! I hope you are doing well! Below is my review for Taken! 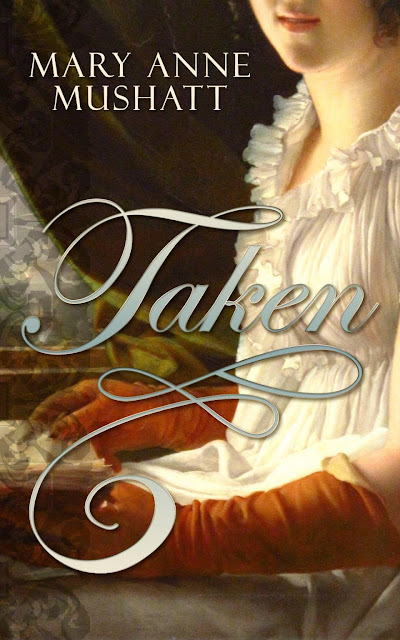 Taken from her home as a young child, Elisabeth Bennet’s sense of self is shaken when the mystery behind her true identity is unraveled.  Discovering her place as the daughter of a duke, she confronts reclaimed memories of her brutal abduction, while tackling the alien world of Regency England’s high society.  Facing the ton is the least of her concerns as her kidnappers remain determined to keep her from Fitzwilliam Darcy – the man who showed his love by first proposing she become his mistress.  Humbled by her refusal, he returns to win her love and respect.

Together with her reunited family, Elisabeth faces her greatest challenges to both her life and her heart — reclaiming herself and finding her happiness.

Elisabeth is taken from her home at the age of four. She was beaten and left on the side of the road to die. Fortunately, she was found by the Bennet’s, not Thomas and Frances, but Thomas’s brother, Edwin. When Edwin’s wife dies, he and his two little girls (Jane and Elisabeth) move to Longbourn to live with Thomas, Frances, and their girls, Mary, Kitty, and Lydia. After Edwin dies, Frances has no qualms about disparaging Elisabeth - telling her she will never amount to anything, and no one will ever marry a foundling.

The story begins when Jane is set to marry Mr. Bingley, and Elisabeth will then move to London to live with her Aunt and Uncle (not the Gardiners). She meets Darcy for the first time at Jane and Bingley’s wedding.

I didn’t like Darcy at the beginning of this story. He was influenced too much by his Matlock family. He had only met Elisabeth three or four times before he felt he must have her (much too soon, in my opinion). He, of course, makes a huge blunter and insults Elisabeth. But like Elisabeth, he does become a much better man and earns my trust.

At 476 pages, it’s a long story and has too many plot-lines. The main storyline is good, and I felt like it wrapped up nicely about halfway through the book. The second half of the story had too much going on. The author could have written a separate book for Jillian (Elizabeth’s biological brother) or Caroline Bingley with a happier ending for her. I know we love to hate her, but she could be redeemed.

I did like what happened to Caroline! It was pretty funny, and she got her just rewards. I would have liked to see her grow into a sympathetic person on her grand adventure. (I’m not saying more because...spoilers)

I was sad that Darcy and Colonel Fitzwilliam were not close friends. And I could do without Anne de Bourgh’s storyline altogether.

I did like Mary Bennet. She was very kind to Elisabeth. She and Jane would often protect Elisabeth from Mrs. Bennet.

If you like a story that just keeps on going, Taken might be the story for you! Sadly, this story wasn’t for me. I hope if you read it, you will like it much more than I did.

FTC Disclaimer: I received an ARC of the story from the publisher for my honest review.

Mary Anne Mushatt, a life-long writer, relocated to New Orleans last century, where she earned an MFA and created a documentary of oral histories in the African-American and Native American communities along Louisiana’s River Road.  When the levees failed, exiling her family from their home, she discovered the community of Jane Austen acolytes and began writing novels placing Pride and Prejudice’s beloved characters in innovative situations.  Taken is her second published novel.  As a result of one of her earlier novels, she works with a multi-disciplinary team aiding victims of human trafficking to become survivors.

She lives in New Orleans with her husband, two sons, and two dogs.


Many thanks to Quills and Quartos Publishing for the opportunity to read Taken.