Hello, my friends! I'm delighted to have Don Jacobson on the blog today! His new book In Plain Sight looks amazing! I hope you enjoy his guest post, and don't forget to enter the giveaway for a chance to win an e-copy of the book! 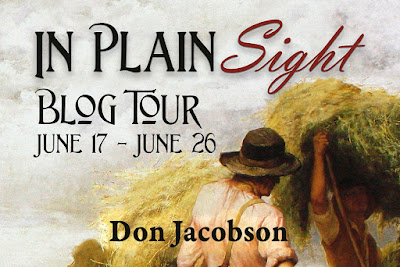 Thank you, Candy, for hosting me today on your wonderful blog!
Something inside always held me back from writing a Darcy/Elizabeth novel. T’was not fear, dear friends, although the eternal binary is a daunting couple for any writer. Seriously, how can one improve on the original? There was something else holding me back from tackling what is the mainstream in JAFF—Jane Austen Fan Fiction.
Perhaps the point was that I could not write a JAFF story. My natural inclinations had, in the years since I began writing fiction, pulled me away from the familiar memes and tropes that dominated the early years of the genre. As some of my friends may recall, in my AustenAuthors.net post of February 18, 2018, I broke with the whole JAFF moniker and staked out a new direction which now is being shared by more-and-more authors—evolving the genre to be less of a tribute band and more of an emerging literary stream. I was no longer in the JAFF world, but rather in the #Austenesque realm.
That shift in perspective was liberating. Now, my Bennet Wardrobe novels made sense. Mary Bennet, who had seven lines in the Canonical original now could become The Great Keeper and use her faith to benefit monumental causes. Kitty would step from the shadow of Lydia to grow into the Eleventh Countess of Matlock while her younger sister would become the Eighth. Time travel is amusing, no?
Other releases followed. While I had been exploring the themes of subaltern history (that of sergeants and servants and not that of generals and duchesses), the activity had often seemed to be a struggle against the current of prevailing best-sellers in the arena. I felt lonely trying to build layers of characters in the face of reactions that had the only characters that mattered being Elizabeth Bennet and Fitzwilliam Darcy. #Austenesque thinking allowed me to bring life to those who carried platters of food, opened doors, and fetched smelling salts. While the paired novellas Of Fortune’s Reversal and The Maid and the Footman had been written in 2016, I did not bring them together under the same cover in Lessers and Betters to be read back-to-back until after my epiphany.
As soon as I freed myself of the inherent classism found in JAFF and other Regency offerings, I transformed my work. The three most recent books in the Bennet Wardrobe—Countess, Avenger, and Pilgrim—were the first beneficiaries of my new mindset. Then I stepped, like several of my friends, outside of the Pride and Prejudice variation sandbox. I wrote a North and South novelette. What was most attractive about the source material was that Elizabeth Gaskell put many of her class-separated characters on the same emotional footing. That was refreshing…and helped me even more.
Thus, I arrived at In Plain Sight.
With In Plain Sight, I wanted to create something different...but the desire to do that was not the reason the action flows as it does. I am an organic writer (building as I go). The plot, the characters, the book itself told me where to go. There were times when I engaged in automatic writing, allowing my inner guide (see the Bennet Wardrobe) to write the truth that the book was seeking to tell.
The supporting characters helped build the story because the main characters have so much work to do building their relationship. Mary Bennet offered Elizabeth to reflect on how she ignored her sister. Henry Wilson and Charlie Tomkins show Darcy/Smith the inner goodness that can be found in either a lord or a laborer. I see the supporting cast as the third leg of a stool—Darcy being one and Elizabeth being the second—which supports the plot (the seat).
With fully developed supporting characters, the story can be allowed to flow through channels of its own making. For instance, although Richard Fitzwilliam had been forced to retire from the Army in 1806, he none-the-less retained his military sensibilities. Those allowed him to plan the retreat from Meryton. Another example: we understand the nature of the baronet, Sir Thaddeus Soames, better because we know his background and he will, therefore, act in a manner consonant with his history.
At its heart, In Plain Sight is a romance. However, the #Austenesque manner of approaching this allowed me to gently stoke expectations while also burying those hopes beneath uncomfortable and informative realities. There are cords, fibers of invisible energy flowing throughout the Universe. The ley lines that are the life forces of Elizabeth and Darcy are so consonant, so attuned to one another, that they resonate when in close proximity. That remains true whether in Canon, JAFF or #Austenesque stories.
I write stories that I find compelling. I ask if this is something I would wish to read, and I know that most, if not all, authors do the same. In the end, though, authors write their truth. The authenticity shines through the work becomes the greater truth as it is the author's voice speaking to the reader through characters and plot. I hope that you can see the deeper truth that rests at the heart of In Plain Sight. 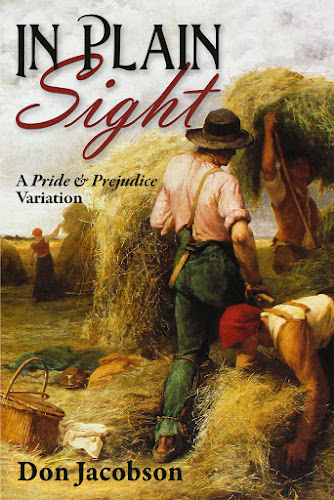 In Plain Sight
by Don Jacobson
Book Blurb:
“At the end of the day when we are each of us lyin’ flat on our backs, lookin’ at the ceiling, and the vicar is whisperin’ in our ear, the greatest comfort we shall ’ave is to know that we loved well and were well loved in return.”
When Fitzwilliam Darcy’s father slides into an early grave, his son is forced to take on Pemberley’s mantle. Brandy numbs his pain, but Darcy’s worst inclinations run wild. After tragedy rips everything away, he spends years finding his way back: a man redeemed by a woman’s loving understanding.
Elizabeth Bennet is afflicted with a common Regency ailment: observing the world about her but not seeing those beneath her notice. Then a clarifying act shatters the propriety that has denied her heart the transcendent love she craves.
In Plain Sight explores Jane Austen’s eternal love story by flipping social roles on their heads. From their first encounter, Elizabeth Bennet and the convict known as “Smith” must overcome their prejudices and break through their pride. Only then can they share the treasure hidden in plain sight.
Buy: Amazon US • Amazon UK
Add to Goodreads.
FTC Disclaimer: Link to Amazon US. I am an Amazon Associate. Should you purchase a copy of the book through the link provided, I will receive a small commission. Thanks!
* * * * *
Don Jacobson has created a moving tale that reimagines one of the most beloved romances ever! He carries the themes of pride, prejudice, and forgiveness through the text beautifully. An original tale laced with historical details. You'll love it!
~ Elaine Owen, author of Duty Demands
About the Author
Don Jacobson has written professionally for forty years.  His 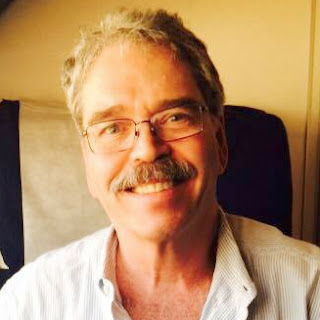 output has ranged from news and features to advertising, television, and radio.  His work has been nominated for Emmys and other awards.  He has previously published five books, all non-fiction.  In 2016, he began publishing The Bennet Wardrobe Series—
The Keeper: Mary Bennet’s Extraordinary Journey (2016)
Henry Fitzwilliam’s War (2016)
The Exile: Kitty Bennet and the Belle Époque (2017)
Lizzy Bennet Meets the Countess (2017)
The Exile: The Countess Visits Longbourn (2018)
The Avenger: Thomas Bennet and a Father’s Lament (2018)
The Pilgrim: Lydia Bennet and a Soldier’s Portion (2019)
Jacobson is also part of the collective effort behind the publication of the upcoming North and South anthology, Falling for Mr. Thornton: Tales of North and South, released in 2019.
Other Austenesque Variations include the paired books “Of Fortune’s Reversal” (2016) and “The Maid and The Footman” (2016). Lessers and Betters (2018) offers readers the paired novellas in one volume to allow a better appreciation of the “Upstairs-Downstairs” mentality that drives the stories.
Jacobson holds an advanced degree in History with a specialty in American Foreign Relations.  As a college instructor, Don teaches United States History, World History, the History of Western Civilization, and Research Writing. He is a member of the Austen Authors Collective and JASNA. He lives in Las Vegas, NV with his wife, Pam.
Connect with Don Jacobson
Twitter • Website • Goodreads Author's Page  • Amazon Author Page
IPS Blog Tour Schedule
June 17  Diary of an Eccentric
June 18  Interests of a Jane Austen Girl
June 19  Austenesque Reviews
June 20  Donadee’s Corner
June 22  From Pemberley to Milton
June 23  My Vices and Weaknesses
June 24  Savvy Verse & Wit
June 25  So Little Time…
June 26  Babblings of a Bookworm
* * * GIVEAWAY * * *
It's giveaway time! Meryton Press is giving away 8 eBooks of In Plain Sight by Don Jacobson. Enter through the Rafflecopter below!
Good luck!
a Rafflecopter giveaway
Congratulations to Don Jacobson on the release of In Plain Sight! And a big thanks for visiting here today!
Many thanks to Janet at More Agreeably Engaged for organizing this tour and for including me! And to Meryton Press for the wonderful giveaway!
So, friends, any thoughts? Please leave any comments or questions below. We would love to hear from you!
Posted by Candy @ So little time... at 12:30 AM