Happy New Year! I hope you all had a lovely holiday season! I took a break from blogging and had a wonderful time with my family. It was a joy to be with all my kids and my grandson!

Demi Monde is visiting the blog today with an excerpt from her new book, Kidnapped and Compromised!  I hope you enjoy it! 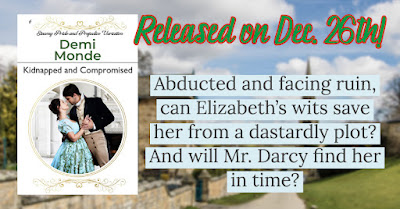 Hello Dear Readers, it is a pleasure to be here to share more details about my new release, Kidnapped and Compromised. This is a steamy novella and a work of Austenesque fiction. 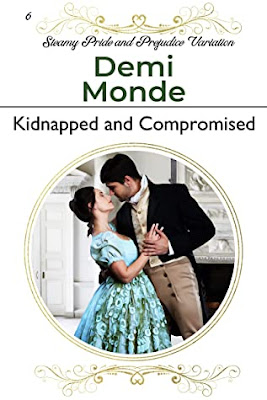