Hello, my friends! I'm excited to be part of Death on a Winter Stroll Blog Tour! I love this cover, don't you? This is the seventh book in the Merry Folger Mysteries. I hope you enjoy the excerpt below! 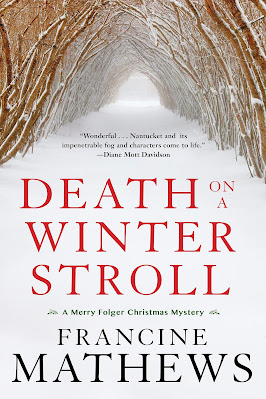 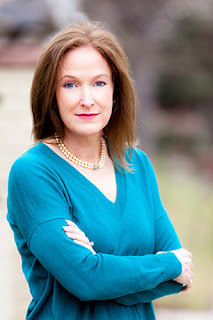 Francine Mathews was born in Binghamton, New York, the last
of six girls. She attended Princeton and Stanford Universities, where she studied history, before going on to work as an intelligence analyst at the CIA. She wrote her first book in 1992 and left the Agency a year later. Since then, she has written thirty books, including six previous novels in the Merry Folger series (Death in the Off-Season, Death in Rough Water, Death in a Mood Indigo, Death in a Cold Hard Light, Death on Nantucket, and Death on Tuckernuck) as well as the nationally bestselling Being a Jane Austen mystery series, which she writes under the pen name Stephanie Barron. She lives and works in Denver, Colorado.
Connect with Francine Mathews
Website • Twitter • Facebook • Instagram • Bookbub • Goodreads
Congratulations to Francine Mathews on the release of Death on a Winter Stroll!
Many thanks to Laurel Ann @ Austenprose PR for organizing and including me on this tour!
So, my friends, do you like a good mystery? Well, it's the perfect time to grab a copy of this Christmas mystery! Feel free to leave a comment below!
Posted by Candy @ So little time... at 12:30 AM