Author Interview with Kara Louise and GIVEAWAY of her new book! 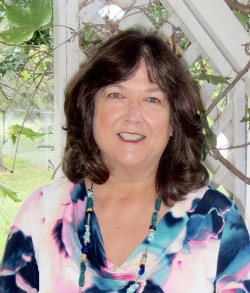 I’ve had the honor to meet Kara in person a couple of times. The last time we were together (having lunch at D'Arcy's, I might add!), I remember her mentioning a book she was writing with pirates in it....I’m happy to say she did! 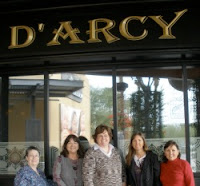 Today, it is my privilege to have Kara Louise on my blog. One of my favorite Pride and Prejudice variations is Kara's book Darcy's Voyage! She has recently released her new book Pirates and Prejudice. I was thrilled to read it and will have my review posted on Thursday!


**Be sure to enter the giveaway below to win a copy of Pirates and Prejudice!**


Without further ado, please enjoy my interview with Kara Louise: 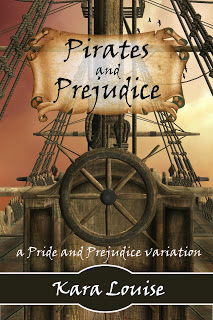 1. I love that you have written Darcy as a pirate, even if he is just impersonating one! What inspired you to write him as a one?

I actually came up with the very first chapter years ago. I don't know if it was after seeing one of the Pirates of the Caribbean movies, or even perhaps Disney's Swiss Family Robinson. I put it aside because I didn't know where I was going with it. Last fall I pulled it out and decided to tackle it again. I knew I wasn't going to have Darcy as a real pirate, but I thought having him impersonate one and then end up battling real ones while rescuing Lizzy might have a strong appeal.

2. In the story, Darcy finds it uncomfortable to wear pirate clothing, speak like a pirate - to be un-gentleman like. Did he give you any trouble putting him in that role? Does he warm up to the role?

What I thought was interesting was having to 'retrain' him so that he would behave less like a gentleman, all the while having the constant reminder of Elizabeth's words that he had behaved in such an ungentleman-like manner in his proposal. His manners and speech were so ingrained in him, that he often slipped back to his refined ways, especially when he reacts to something out of surprise or anger. It was fun to write, and as the readers will see, after the adventure is over, he will occasionally revert to his pirate language, but only for Elizabeth to hear.

3. If your book was made into a movie, who would you cast as Mr. Darcy?

Can I cheat and say Colin Firth 20 years ago? To me he is the ultimate Mr. Darcy and the one I envisioned as I wrote this. OK, if I can't cheat and put him in a movie because of his age, let me see...Jude Law? He's a little younger, but I guess he's still too old. How about Michael Fassbender? I think he would be great, but although he's younger, he's still a little too old. Ok, I guess I'll have to settle for Henry Cavill. Seems perfect in every way.

4. Besides Pirates and Prejudice, which one of your books is your favorite?

I think Darcy's Voyage, which was originally titled Pemberley's Promise, has a special place in my heart. It was the response I received to that story from so many people that prompted me to look into publishing. It was one of the first I self-published, and then was one of the two picked up by Sourcebooks. I also have a special place in my heart for Master Under Good Regulation. I wrote that book with a copy of Pride and Prejudice open next to me so I could make sure I got everything right. For those who are not familiar with it, it is the story of Pride and Prejudice told through the eyes of Mr. Darcy's dog, an English Springer Spaniel named Reggie. And now that we have our own Reggie, it makes it even more special!

5. Every writer seems to have a different writing process. Some prefer to outline their whole story. Others like to fly by the seat of their pants. Background noise. Perfectly quiet, with no interruptions. What is your writing process?

I don't like a lot of noise, but will occasionally have music playing in the other room. I love music from the 60s and 70s, as well as music from my parents' era. I love some of the good ol' musicals or Frank Sinatra. I also love Mantovanni and his stringed orchestra, plus some classical music. When I'm writing, I don't want anything too wild. I play music from my downloaded iTunes and select 'shuffle' on 'My Favorites' and just let 'em play! As for how I write the story, I don't outline, but I have a general idea of where the story is going. Sometimes I surprise myself as much as anyone else by the direction the story goes. For example, in Pirates and Prejudice, I had no idea Elizabeth was going to hit Darcy in the head with a rock when she saw him coming, thinking he was another pirate. I also prefer to be alone in the house, but that doesn't always happen. Now that I'm retired, though, I have plenty of time at home to get writing done!

6. What's up next for you? Do you have another story in mind?

I have one non-Austen story that I've written 10 chapters for, but I need to go back and readdress some things to make it more compelling. I also have a few chapters written of an Austen sequel/backstory (not Pride and Prejudice) based on a minor character. Because of the way I want to tell it, I'm trying to figure out the best way to do it. And, there is also a modern sequel to Drive and Determination, following Gina in a Persuasion based story. As I take some time off from writing now that P&P is published, I'll mull these stories over and decide which one has the greatest appeal, both for me to write, and for readers to read!

Thanks to everyone for stopping by, and thanks to Candy for hosting me. I hope you will all have a chance to read Pirates and Prejudice. I am offering a paperback copy of Pirates and Prejudice to US readers, or an e-book to International readers. To be eligible for the drawing, fill out the Rafflecopter below.
Good luck!

Thank you, Kara, for being here today and for your generous giveaway!

**Please, come back on Thursday to read my review of Pirates and Prejudice!**

Remember, to enter the giveaway you must enter the Rafflecopter above!

Any thoughts? We'd love to hear from you!