Hey Everyone! I'm delighted to be taking part in the Compass North Blog Tour! This is Stephanie Joyce Cole's first novel, and she's stopping by here today to tell us what inspired her to write
Compass North. 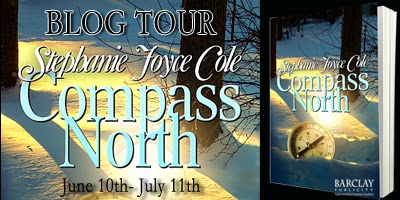 The Inspiration Behind COMPASS NORTH
When you ask an author where the idea for her book came from, you might get a blank stare in return.  Often, a writer won’t know where or how a story is born.  Characters and story lines will pop into her head, unbidden, and who knows where they’ve been lurking up to that point? That’s often been true for me, but it wasn’t the case for the concept behind COMPASS NORTH.
Although COMPASS NORTH is a positive story of hope and personal reinvention, the inspiration for the book came from a dark place.  After 9/11, when the towers fell in New York, I thought of all the people who had lost their lives and whose remains would never be returned to their loved ones because of the total destruction at the scene.  I also realized that it was likely that some must have escaped certain death just by luck. Perhaps, when the planes hit, they were late for work in the World Trade Center that day, perhaps they had just gone off-site for coffee.  For most people, a tearful reunion with friends and family would follow.  But what if, after a terrible event like that, a desperately unhappy person discovered that the tragedy was also an opportunity, a chance to escape and become someone else entirely?
As COMPASS NORTH opens, Meredith has been betrayed by her husband and worn down by years of abuse.  In the middle of her misery, a terrible accident hurls her into a new identity and a new life in a small town in Alaska.  At first she is swept away by circumstances, but then she starts to make her own choices.  She begins to rebuild her life anew–but she also discovers that leaving behind her old self isn’t that easy.  COMPASS NORTH is about secrets and the costs of keeping them.  It’s a book of joyful rediscovery too—Meredith has to find the courage to take chances again and to move forward in a new way in her life.
Alaska, where I lived for many decades, was the perfect place for Meredith’s story to unfold.    Meredith is inspired and challenged by the beauty and harshness of Alaska, and its rugged “end of the road” environment gives her an opportunity to disappear and start anew.  (Haven’t we all yearned to do that, at some point in our lives?) 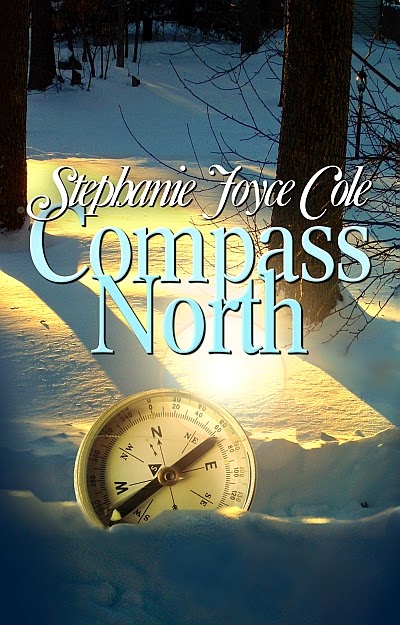 
Synopsis: Reeling from the shock of a suddenly shattered marriage, Meredith flees as far from her home in Florida as she can get without a passport: to Alaska. After a freak accident leaves her presumed dead, she stumbles into a new identity and a new life in a quirky small town. Her friendship with a fiery and temperamental artist and her growing worry for her elderly, cranky landlady pull at the fabric of her carefully guarded secret. When a romance with a local fisherman unexpectedly blossoms, Meredith struggles to find a way to meld her past and present so that she can move into the future she craves. But someone is looking for her, someone who will threaten Meredith’s dream of a reinvented life. 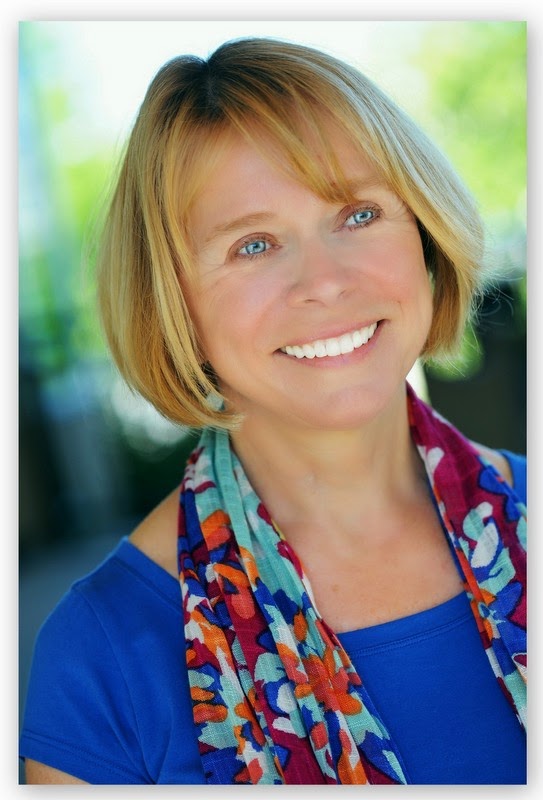 Author Bio
Stephanie Joyce Cole lived for decades in Alaska. She and her husband recently relocated to Seattle, where they reside with a predatory but lovable Manx cat named Bruno. Stephanie has an MFA in Creative Writing from the University of Alaska, Anchorage. When she's not writing, she's hiking, creating ceramics, practicing yoga, traveling, volunteering and discovering new ways to have fun--and oh yes, reading, reading, reading.

Find out more about COMPASS NORTH in this exclusive interview with Stephanie Joyce Cole!

Follow along the official blog tour for an inside peek at COMPASS NORTH!
Tuesday, June 10th at Read Me

The Compass North Blog Tour hosted by Barclay Publicity is having a giveaway!

To enter fill out the Rafflecopter below! This giveaway is part of the Blog Tour. So little time... is not responsible for the distribution of prizes. Thank you.