Spotlight on: Always My Girl by Samantha Chase ~ Excerpt & Giveaway!

Hello, Friends! I'm super excited to be doing a Spotlight with Sourcebooks Casablanca! I have for you an excerpt from Samantha Chase's new book, Always My Girl (The Shaughnessy Brothers, Book 3)! I hope you enjoy! Be sure to read to the bottom of the post for giveaway details! 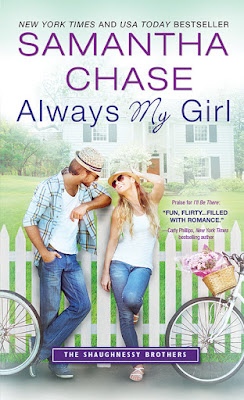 Sometimes the love that’s closest to you is the hardest to see.

Quinn Shaughnessy’s two older brothers have found their true loves … but Quinn’s not about to join that parade. Nope, as he tells his best friend Anna, there’s a lot more to life than getting tied down to one person. He’s positive tomboy Anna will be on his side — except she’s inexplicably developing other interests — even dating! Suddenly Quinn is seeing Anna in a very different light.

Quinn has been Anna’s buddy since they were both five years old. She can tell him anything — except the one big secret she’s been hiding for years — that she’s fallen in love with him. Now Anna is determined to make a life for herself that doesn’t include pining for Quinn. Falling in love with your best friend? Easy. Telling them how you really feel? Impossible.

Samantha Chase released her debut novel, Jordan’s Return, in November 2011. Since then, she has published seventeen more titles and has become a New York Times and USA Today bestselling author. She lives with her husband of twenty-four years and their two sons in Wake Forest, North Carolina.

Beside him, Anna sighed and began to lean toward him. If he didn’t do something, she was going to fall face-first into the popcorn bowl. He quickly scooped it up and put it on the coffee table—and froze with shock when Anna shifted and lay down with her head in his lap. It took a moment for the shock to wear off, and then he slowly let himself relax. The last time they had been like this had been the night before Aidan and Zoe’s wedding and at least he had had a pillow acting as a buffer then.

“Not a big deal,” he muttered and shifted to get them both a little more comfortable. The movie was almost over, and it didn’t take long for him to get pulled back into the plot while he mindlessly played with Anna’s hair. When the movie ended and he realized what he’d been doing—again—he pulled back like he’d been burned. He cursed. “I have got to stop doing that!”

“Anna?” he whispered, but she didn’t move. He muttered under his breath and tried to think of what he should do. He knew he needed to leave—it was late and he had a lot to do at the new shop early in the morning—but he didn’t want to disturb her.

The scene was eerily familiar and was seemingly becoming a habit for them.

While he continued to study her face, he finally let the guilt wash over him. He’d heard Jake ask her out and it had pissed him the hell off. He knew Jake was a player, but when Anna had turned him down, he’d thought that was the end of it. Quinn had been so wrapped up in—hell, just call it what it is—jealousy that he didn’t really thought about all the reasons why Anna shouldn’t go out with Jake.

Yeah, that was becoming more and more apparent, but for the life of him, he didn’t know what to do about it. And now, because of his own stupid pride and childish behavior, Anna could have been seriously hurt.

It wasn’t something he was likely to forget anytime soon—or be able to forgive himself for.

Carefully, he slid out from under her head. Standing, he walked into her bedroom and pulled the comforter and sheet back and then looked around and chuckled. The room was a bit of a mess but then again, he knew Anna wasn’t the prissy type who obsessed about everything needing to be in its place. If anything, it comforted him to see her room in slight disarray.

He walked around and really looked at the space. The light-colored furniture and the pastel-blue walls gave the room a beachy vibe he knew Anna tended to favor. On her shelves were books and knickknacks and pictures. He chuckled at how many different types of frames she had—another quirk of hers. But as he took a minute to look at the actual pictures, he noticed one thing—he was in most of them.

Pictures from her childhood, holidays, parties, and just…life. And he was there for all of them. They were laughing and smiling and in some of them, and Quinn could actually remember what it was they were joking about. A soft chuckle slipped out as he found a picture from Anna’s sixteenth birthday. Her parents had gotten her a car. It was a used Mustang, and they had parked it in the driveway with a big red bow on it. In the picture, she was smiling so brightly, and he was standing right beside her.

Quinn ran a finger over the picture. It was her special day, and she had begged him to be in the picture with her. She did that a lot. Hell, he didn’t think his own father had as many pictures of him as the Hannigans did.

He put the picture back down on the shelf and moved over toward the lone framed picture on her nightstand. For some reason, his heart began to race as he reached for it. It was a fancy silver-and-crystal frame. In it was a picture taken about a year ago of the two of them. It wasn’t a special occasion; it was just a family day at the beach. They were sitting side by side in the sand, and he remembered Darcy coming over and snapping the picture. Anna’s head was on his shoulder and they were smiling and looking so happy and relaxed and… He swallowed a lump in his throat. Being with Anna was normally the only time he felt happy and relaxed.

At least until recently.

Or maybe some time after this picture was taken.

Could he have known even then that things were changing? Was he subconsciously already noticing Anna wasn’t just his pal but a woman?

Carefully, he put the picture back down and sighed. Tonight wasn’t the night to figure it all out. Too much had happened, and his mind was spinning with it all. It was late, and he needed to help Anna get to bed and then go home himself. He was suddenly very tired—exhausted really—and knew it would be better for both of them if he just gave her a little space.

Once back in the living room, he stood over her and studied her for a minute. She was out cold. They were going to have to talk. Really talk. Soon. They’d been friends for too long to just…stop. He needed Anna in his life—couldn’t imagine a life without her in it. Eventually he’d wear her down and get her to just tell him how he’d screwed up and then they could move on. He was just impatient and wished she’d tell him now.

“Problem for another day,” he whispered. “Anna? Anna, come on. You need to go to bed.”

“Too tired,” she murmured as she shifted on the couch.

Quinn sighed and reached down to gently scoop her up into his arms. He straightened and stiffened when Anna snuggled closer and seemed to hum her approval. He took a step but instantly stopped when he felt her breath on his neck. And then her tongue. And then her lips. What the…?

“What are you doing?” she whispered sleepily.

“Taking you to bed,” he said gruffly.

This was Anna. Anna, for crying out loud! He chanted to himself to just keep walking and almost made it to the bed when once again her breath was replaced by her lips. Quinn froze as Anna slowly kissed and licked her way up the column of his throat and then nipped at the line of his jaw. He jerked back and looked down at her face as he continued to hold her in his arms. Her eyes were closed, but there was a very sexy smile on her face. “Anna,” he whispered.

In a flash, her hands raked up into his hair and pulled his face closer to her, and then Quinn was lost. He closed the distance between them and tentatively touched his lips to hers.

And then all rational thought left him.

Her lips were softer than he’d ever let himself imagine, and when she purred into his mouth and opened for him, he felt a sense of completion he’d never felt before. Slowly, he lowered Anna to the bed as her arms wound around him, holding him close. Quinn stretched out on top of her and smiled at Anna’s whispered yes.

It was instantaneous, the surge of arousal and excitement he felt. He kissed her, as ravenous as a starving man at a feast, as her legs came up and lazily wrapped around his waist. He wanted to touch her, taste her everywhere, while at the same time he was questioning his own actions and sanity.

This was Anna. His best friend.

And clearly she didn’t know what she was doing.

Cursing, he forced himself to move away from her and rose from the bed. She moaned her disapproval and whispered his name again before her head rested to the side and she sighed.

“Don’t go,” she said softly, but her words sort of trailed off, and then she rolled over and didn’t say another word.

Shit. She was dreaming.

And he felt like a complete jerk for giving in to the temptation. He knew she was tired—clearly more tired than he’d realized—and he should have just put her down and left.

If she didn’t hate him before, she’d certainly hate him now. Forcing himself to look away, he slowly backed out of her room and shut the door before making a hasty retreat from her house.

Cursing himself and his lack of control the entire time.

*FTC Disclaimer: Link to Amazon. I am an Amazon Associate. Should you purchase a copy of the book through the link provided, I will receive a small commission. Thanks!

Sourcebooks Casablanca is kindly giving away Five copies of Love Walks In, Book 2 in The Shaughnessy Brothers series.

Did you enjoy the excerpt? I love best-friends-since-childhood-fall-in-love scenarios! What about you?
Posted by Candy @ So little time... at 12:30 AM 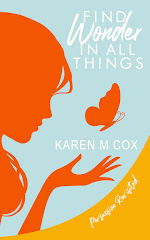 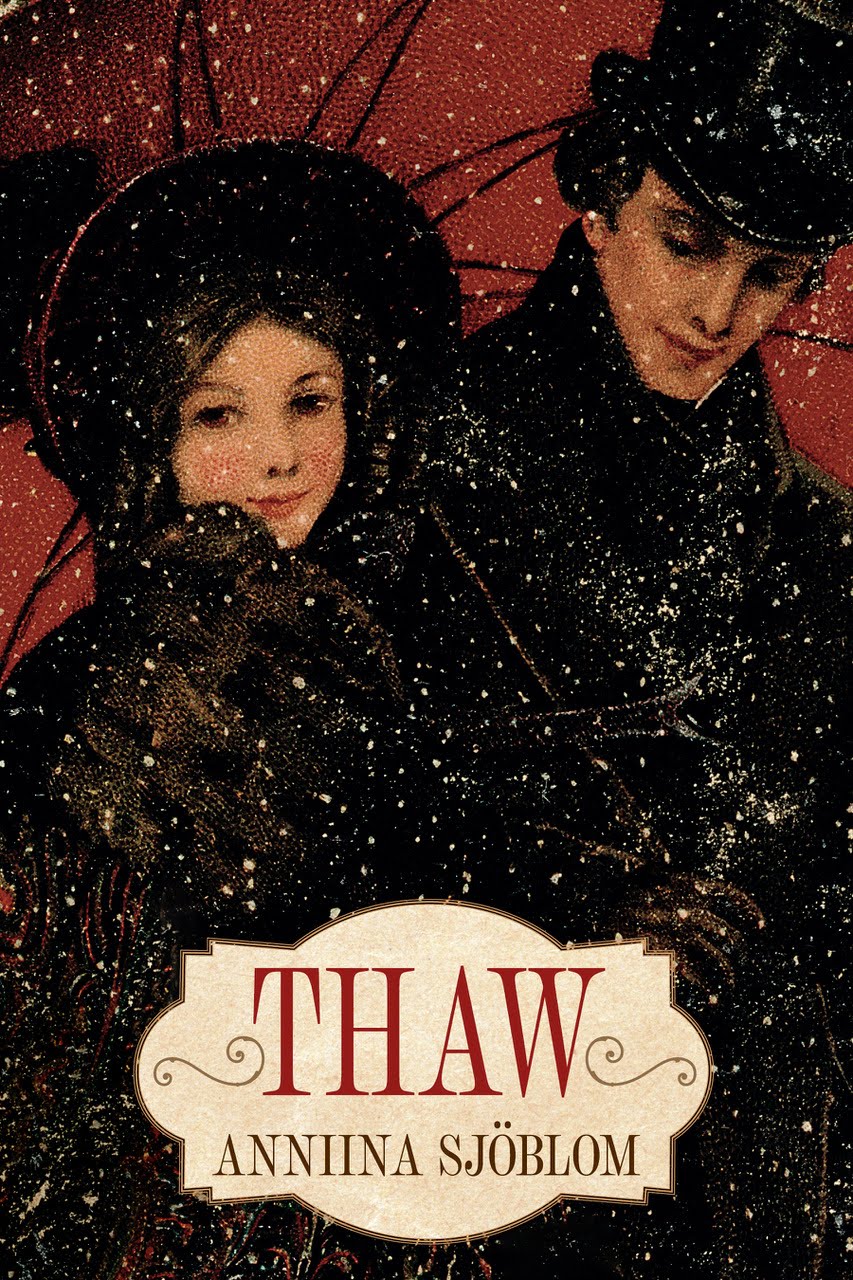