Hello, friends! I'm so happy to have Amie O'Brien here at So little time...! I've had the pleasure of getting to know Amie a bit in the past few weeks as we chatted through email. She is the author of The Merchant's Pearl. I haven't had a chance to read it yet, but it sounds like a fascinating story. I'm looking forward to reading it!

Amie's here today to share how The Merchant's Pearl has threads of Austen running through it. I hope you enjoy! 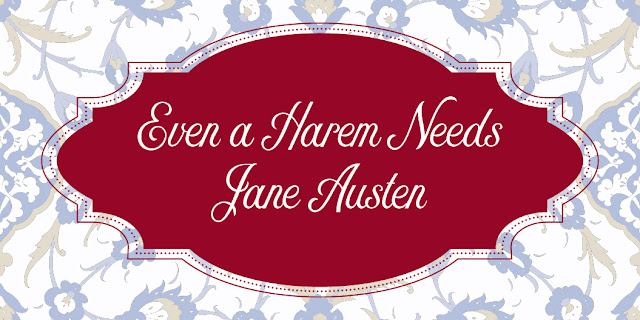 Even a Harem Needs Jane Austen
By Amie O’Brien

Unless, that is, his next beauty has been embittered by the same injustices of love and freedom that weaker women have easily forgotten. And, unless she is secretly in possession of something forbidden in the palace—one rather unlikely savior—Fanny Price. Yes, as in heroine of Jane Austen’s Mansfield Park, only on this occasion, masked by a French translation. At least, that’s the sentiment that my story, The Merchant’s Pearl, begins with.

So why did I infuse an 1875 Muslim-Christian love story, set within the fiery confines of a Turkish harem in an empire on the brink of fallout, with a thread of hope from the likes of Jane Austen?

Because the same compelling truths that inspired Jane Austen in every one of her stories two hundred years ago still compel us all today: 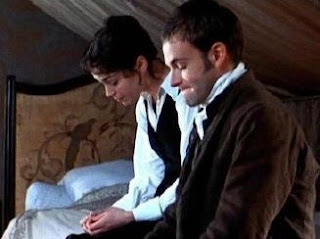 So yes, inspired by my literary heroes, Austen and Bronte, I wrote a novel about an opinionated British girl. She is Sarai Elizabeth, sold into slavery at the tender age of eleven—right after her missionary parents have been murdered. Upon arrival at the palace, she’s immediately stripped of everything visible from her past, including her name. Repackaged as Leila, she is raised as a palace concubine-in-waiting for a middle-aged sultan that already possesses hundreds of girls just like her. Her only ambition in life should be to first catch his eye and then capture his heart, (just enough to earn one of the many rankings he permits those who serve him so fully). She should be satisfied with as much, as it is, of course, a blessing to have her future secured, her every need attended to.

She will not, of course, give her heart, her flesh, or her future to someone so unworthy, regardless of comfort or title.

In her eyes, the palace is her prison. A loveless life is her sentence. That is, until the sultan’s second son, Prince Emre, steps in to claim her for his own harem.

Though Leila may be snarky like Lizzy Bennett, have the strong conviction of Fanny Price, and quite the iron-clad romanticism of Marianne Dashwood, this is nothing to prepare her for her newest master.

Harboring a long-held infatuation for Leila, Prince Emre is not your typical Austen hero. If he were, I suppose he would be a cross between the soft-hearted Edmund and perhaps, the tortured-past Willoughby.

Emre has no airs about him. It is true, he is a prince, but that same heritage has kept him a prisoner to his father’s palace even longer than Leila. He lives in a world where although you are a son, you are also a threat—to your father’s throne, to your own brothers and cousins’ future. For hundreds of years, being a second son was its own death sentence, not just an I.O.U. for say, Pemberley or Mansfield.

Then, there’s handsome and charming. Although highly blessed with both, Emre has no need to be either. Never permitted to live a life of his own outside of the palace, his father is still sympathetic enough to send a steady supply of girls to stave his boredom. They are slaves, so there’s no confusion as to their purpose. This is Ottoman tradition.

But then there’s Leila. Although she’s a slave, she’s already made it known to Emre years before just what it costs her heart and her conscience to serve him. He hasn’t forgotten her. Like a jilted Darcy still standing in a Netherfield ballroom, he’s not only challenged by her, he’s somewhat convicted.

And so the two, Leila and Emre, are presented to one another, and this time Emre has secured her services indefinitely. But, Emre is thoughtful and patient. He’s familiar enough with his feelings for Leila to know she is worthy of a little patience—a certain spell of time for softening. Much to her shock, he privately offers her freedom from the one thing she most fears and permits her friendship rather than immediate servitude.

And this is where the fun and games begin. Now that the burden has been lifted, can Leila resist such a young man? Would she knowingly make the same decisions for love that she resisted and deemed sinful when they were pressed upon her? Is it possible to love someone that you ultimately share with others?

And for Emre, is it possible the tables might be turned? If so, can he rise to Leila’s expectations—expectations mostly built on fictional characters written by an infidel nation? Or worse yet, based on scattered memories of her own Christian parents? Will he change his ways, erase his past, forsake all others?

Perhaps there is hope for him, at least a smidgen. After learning of her forbidden book, Emre doesn’t condemn her. He sends his head eunuch in search of more Austen titles…with the sly intention of reading them aloud to her. With a bit of Austen in both of their hearts, who knows where their love could go, even in a harem? 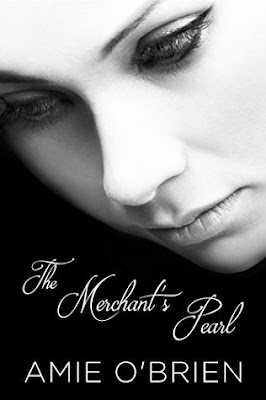 As a missionary’s daughter, Sarai was taught that love and faith conquer all. But when her parents are murdered, she quickly learns that the world doesn’t stop for love.

As a teen, Sarai—now called Leila—is enslaved, a palace concubine-in-waiting for the Ottoman Sultan Aziz. Though she does her best to elude him, she’s forced out of her shell when his son, Prince Emre, claims her for his own. Tossed into competition with the other girls in his harem, Leila must face the lavish attention of her young master and the resulting retaliation from his prior favorite, Aster. But it’s an unexpected gift and a glimpse inside his family’s struggles that collide headfirst with Leila’s upbringing. Soon, despite her better judgment, she finds her heart has a mind of its own.

Can she subject her faith and independent spirit to such a future—a future in which the best she can hope for is to be his favorite? How will she stand sharing him with the other girls in the harem? As the sultan’s fragile kingdom unravels around them, will it even matter? 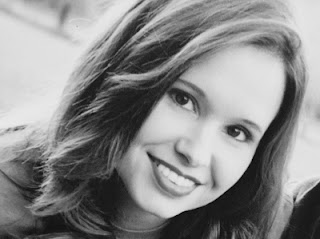 Looking back, I've always believed that story matters. Pouring over Jane Austen novels and living through the lens of an overconfident, beautiful, and desperate-to-be-corrected heroine was exactly the distraction that carried me through years of teenage captivity. My one and only sibling, a reckless brother, rocked the parental boat quite thoroughly. This left me distrusted, vehicle-less, and with a ten o’clock curfew (even in college) right up until I met my own Mr. Darcy.

Perhaps that’s why I love the ultimate freedom of what I do now: a woman traveling to some of the world’s most beautiful and often misunderstood places, humbled by sharing stories that represent countless women whose entrapment is far more genuine.​

It's giveaway time! Amie has generously offered to give away three e-copies (for Amazon's Kindle only) of The Merchant's Pearl to three lucky So little time... readers!

Amie, thank you so much for stopping by today, and for your generous giveaway! I love how you have incorporated your love for Jane Austen into this story! I also love that your heroine, Leila, has a forbidden book and that it's an Austen to boot!