Hello, my friends! Looking for a fun Christmas read? I have just the book for you! Unwrapping Mr. Darcy! I really enjoyed this book. I'm the last stop on the blog tour, and I have a short review for you. I hope you enjoy! 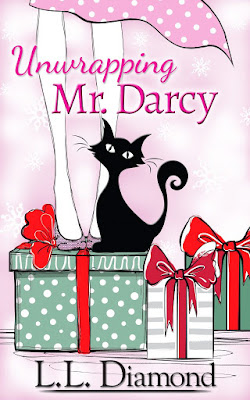 Elizabeth Bennet’s first day at Darcy Holdings was turning out to be everything she'd imagined—that is until she met her new boss William Darcy. True, he’s hotter than Hades but he's also rude, abrupt, and stares at her as though she’s committed some grievous sin. If only she could avoid him, but her friends’ not so brilliant ideas keep throwing them together.

William Darcy put his foot in his mouth when he met Elizabeth Bennet! Now, he’s head over heels for her and needs to apologize, but how? The dreaded office Secret Santa draw is a possibility, but would that help or would it only make things worse?

Twenty-five days of gifts? It's creepy and overzealous if you ask Elizabeth. And what’s with this weird reaction she has to Mr. Darcy? He's an ogre, isn't he? But what if her friends are correct and he isn't? Could there be more to him than she assumes? What would happen if she were to take a stab at unwrapping Mr. Darcy?

Unwrapping Mr. Darcy is a fun holiday read! In this modern Pride and Prejudice, Darcy is Elizabeth’s boss and Secret Santa. Instead of just one present, Darcy decides to give Lizzy 25 presents! One a day until Christmas. Will that win her over or drive her further away?

On her first day at work for Darcy Holdings, Lizzy overhears Darcy saying to Bingley, “I can’t be expected to take the time to welcome a new company attorney - especially one who required her sister’s boyfriend to get her the job.”

Such a cutting remark! Lizzy is furious! She certainly didn’t need this job. She had a fantastic job at Longbourn, Netherfield, and Haye. Where it was rumored that they wanted to make Lizzy a partner. No, she is an excellent lawyer, and she doesn't need to stay at Darcy Holdings.

After Bingley convinces her to stay, she tries to avoid Darcy as much as she can, but since he’s the boss and Bingley’s best friend, that’s a little difficult to do. Jane and Bingley are dating, so that means Lizzy gets to see him outside of the office, too. But oh, how he makes her very uncomfortable - the way he stares at her!

I loved the way Darcy tries to get on Lizzy's good side, but she can’t get over that first day of work and his poorly chosen words. As Charlotte points out: “You’re so prejudiced against him, you can’t see matters clearly.”

It always tickles me to see how an author places supporting characters and names of places into a modern P&P! For instants, Charlotte is Lizzy's assistant, and Longbourn is a law firm.

I also loved Lizzy’s cat Grunt. Named for the grunting sounds he makes. He’s a rascal! Always getting into things and breaking stuff. I love that he's on the cover of the book, too!

Unwrapping Mr. Darcy is a sweet, fun read, and perfect for the holiday season! I think you will enjoy it as much as I did!

Disclaimer: I received an e-copy of the book from the author for my honest review. 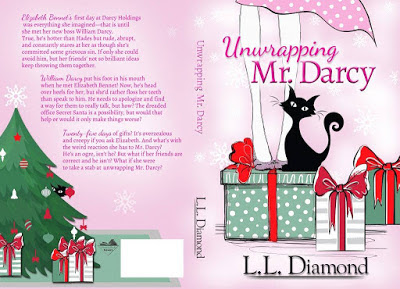 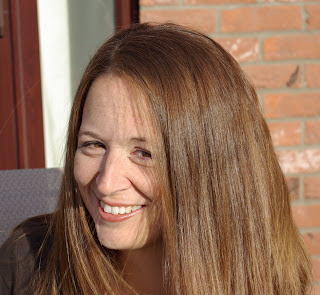 L. L. Diamond is more commonly known as Leslie to her friends and Mom to her three kids. A native of Louisiana, she has spent the majority of her life living within an hour of New Orleans until she followed her husband to the ends of the earth as a military wife. Louisiana, Mississippi, California, Texas, New Mexico, Nebraska, and now England have all been called home along the way.

After watching Sense and Sensibility with her mother, Leslie became a fan of Jane Austen, reading most of her collected works over the next few years. Pride and Prejudice stood out as a favorite and has dominated her writing since finding Jane Austen Fan Fiction.


Aside from mother and writer, Leslie considers herself a perpetual student. She has degrees in biology and studio art, but will devour any subject of interest simply for the knowledge. As an artist, her concentration is in graphic design, but watercolor is her medium of choice with one of her watercolors featured on the cover of her second book, A Matter of Chance. She is a member of the Jane Austen Society of North America. She also plays flute and piano, but much like Elizabeth Bennet, she is always in need of practice!

Leslie’s books include Rain and Retribution, A Matter of Chance, An Unwavering Trust, The Earl’s Conquest, Particular Intentions, and Particular Attachments. She is currently editing Unwrapping Mr. Darcy due out October 31st, 2018, and has an original modern that has some Austen inspiration, hopefully releasing Spring 2019. 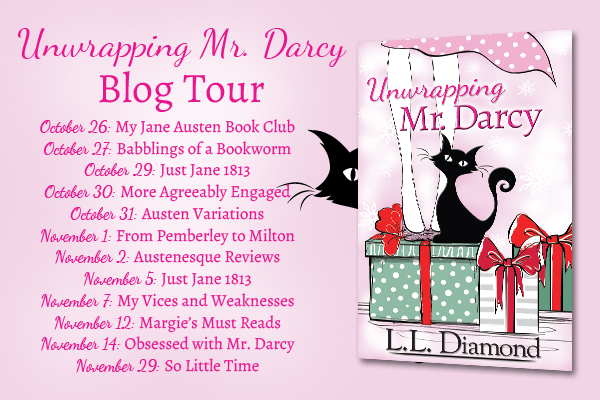