Hello, friends! I'm so happy to have Victoria Kincaid visiting here today with an announcement about two new audiobooks! She also has an excerpt from one of the books, plus there's a giveaway! Details are at the bottom of the page. 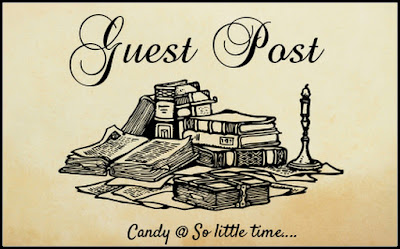 Hi Candy!  Thank you for having me as a guest today!  I am here to announce the recent release of two new audiobooks for Darcy vs. Bennet and When Jane Got Angry—both narrated by Stevie Zimmerman, who (as always) does a wonderful job with the voices of our favorite Pride and Prejudice characters.

Below is an excerpt from Darcy vs. Bennet.  Right before this scene, from near the beginning of the book, Elizabeth and Darcy have met for the first time at a masquerade ball and have danced.  While Darcy fetches some lemonade, Elizabeth notices Georgiana (whom she has seen Darcy speaking with but has not been introduced to) meeting a young man in the garden. 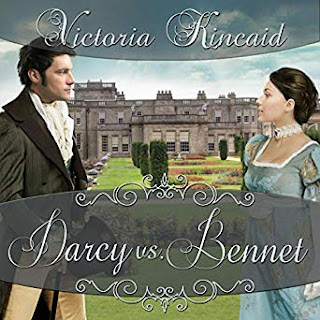 What was a girl of Georgiana’s tender years about, embracing and kissing a man like that?  Where was her companion?  She was not yet out, so she could not be betrothed, and no one would embrace a relative in such a way.  I must do something or William’s sister will soon be ruined!

The easiest course of action would be to await William’s return, but obtaining lemonade could take some time in a large crowd.  It was why she had chosen that errand for him.  By the time he returned, his sister’s reputation could be damaged beyond repair.

And Elizabeth knew no one else at the ball, no one who might intervene.

Without a conscious decision, Elizabeth found herself hurrying across the veranda and down the steps to the garden.  She sped along the garden paths, brushing against a couple of guests without apologies.  How fortunate no one knew her identity.  Finally, she reached the entrance of the small area she had observed before.  She paused for a moment to collect herself and then turned the corner.

The couple remained in position, intimately drawn together.  The man’s hand was stroking Georgiana’s hair while the other held her waist.  She touched only the sleeve of his coat but gazed into his eyes with adoration.  The man wore no mask, suggesting that he was also an uninvited guest.

“Georgiana!  I have been looking all over creation for you!”  Elizabeth spoke loudly in the hopes of attracting attention from other guests.  She walked boldly toward the couple, ignoring the man and closing her hand around the girl’s wrist.  “I need your help desperately!  Mama wants me to dance with this most dreadful man.  He is fat and greasy, and he has the moistest hands in England.  You can talk to her about it!  She will listen to you.”

She tugged a stunned Georgiana away from the man, who promptly released her and stepped back as if to pretend there had never been inappropriate contact.

“W-Who are you?” Georgiana stuttered.

“You don’t know this chit?” the man demanded of Georgiana.

“We spoke at length at dinner last night.  Pray, do not tell me you forgot already!  I told you—”    Elizabeth hoped a constant stream of chatter would drown out Georgiana’s objections and the young man’s questions.

A crease formed between Georgiana’s brows.  “I sat next to Lord Pippenworth last night.”

Elizabeth shook her head impatiently.  “Perhaps it was the night before.  I cannot recall…”

“You need not go with her!” the man cried as he grabbed Georgiana’s hand, pulling her in one direction while Elizabeth pulled in another.

“I do not know you!” Georgiana cried in dismay, trying to free her hand from Elizabeth’s grasp.

Elizabeth talked over them, desperation making her bolder.  “—and then when I was dancing with William, he spoke of—”

“William!” Georgiana and the young man said in unison.  Georgiana seemed perplexed, but the man had blanched.  No doubt he wished to avoid Georgiana’s brother.

“Yes.”  Elizabeth pretended to be oblivious to their alarm.  “He is an excellent dancer and cuts a fine figure…”

“Why, I thank you,” said a voice behind her.  She whirled to see William standing in the entrance, holding a small glass of lemonade.  Had he always been so tall and imposing?  Fortunately, his glare was not turned on Elizabeth but on the other man, whose face had drained of color.

“Wickham,” William growled.  “There can be no legitimate purpose for your presence here.  You are no friend of the Berwicks.  And the last time we spoke, I warned you to stay away from Georgiana!”  He took a menacing step toward the brown-haired man, who cowered, pressing his back against the surrounding hedges.

“No, Brother!”  Georgiana grabbed onto William’s arm.  “We are in love!  He will take me to Gretna Green.”  Then her hand flew to her mouth as if to stifle words already spoken.

Darcy vs. Bennet
by Victoria Kincaid

Elizabeth Bennet is drawn to a handsome, mysterious man she meets at a masquerade ball. However, she gives up all hope for a future with him when she learns he is the son of George Darcy, the man who ruined her father's life.

Despite her father's demand that she avoid the younger Darcy, when he appears in Hertfordshire, Elizabeth cannot stop thinking about him, seeking him out, or welcoming his kisses....

Fitzwilliam Darcy has struggled to carve out a life independent from his father's vindictive temperament and domineering ways, although the elder Darcy still controls the purse strings.

After meeting Elizabeth Bennet, Darcy cannot imagine marrying anyone else, even though his father despises her family.

More than anything, he wants to make her his wife, but doing so would mean sacrificing everything else.... 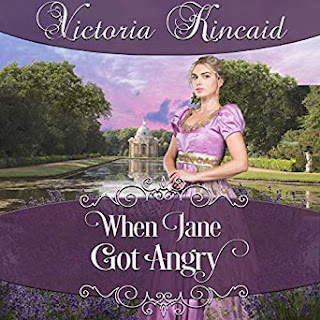 When Jane Got Angry: A Pride and Prejudice Novella
by Victoria Kincaid

A Pride and Prejudice Variation

When Mr. Bingley abruptly left Hertfordshire, Jane Bennet's heart was broken. Since arriving in London to visit her aunt and uncle, Jane has been hoping to encounter Mr. Bingley; however, it becomes clear that his sister is keeping them apart. But what would happen if she took matters into her own hands? Defying social convention, she sets out to alert Mr. Bingley to her presence in London, hoping to rekindle the sparks of their relationship.

Bingley is thrilled to encounter Jane and renew their acquaintance, but his sister has told him several lies about the Bennets - and his best friend, Mr. Darcy, still opposes any relationship. As Jane and Bingley sort through this web of deceit, they both find it difficult to maintain their customary equanimity.

However, they also discover that sometimes good things happen when Jane gets angry.


Victoria Kincaid is the author of several popular Jane Austen variations, including The Secrets of Darcy and Elizabeth, Pride & Proposals,  Mr. Darcy to the Rescue, When Mary Met the Colonel, and Darcy vs. Bennet. All of her books have been listed in Amazon’s Top 20 Bestselling Regency Romances.  The Secrets of Darcy and Elizabeth was nominated for a Rone award, and Pride and Proposals was recognized as a top Austenesque novel for 2015 by Austenesque Reviews.

Victoria has a Ph.D. in English literature and has taught composition to unwilling college students. Today she teaches business writing to willing office professionals and tries to give voice to the demanding cast of characters in her head.

She lives in Virginia with an overly affectionate cat, an excessively energetic dog, two children who love to read, and a husband who fortunately is not jealous of Mr. Darcy.  A lifelong Austen fan, Victoria has read more Jane Austen variations and sequels than she can count – and confesses to an extreme partiality for the Colin Firth miniseries version of Pride and Prejudice.


Many thanks to Victoria Kincaid for visiting here today, and for her generous giveaway! Woot!

Wow! Elizabeth was very brave to rush out to save Georgiana! I wonder what Darcy thought about that! What do you think?
Posted by Candy @ So little time... at 12:30 AM