Hello, my friends! I'm thrilled about Shannon Winslow's newest book, Prayer and Praise: A Jane Austen Devotional! I enjoy reading devotionals, and I'm excited about reading this one!

I was curious about what started Shannon on her path to writing, and I wanted to know more about this book, so I interviewed her. I hope you enjoy reading it! 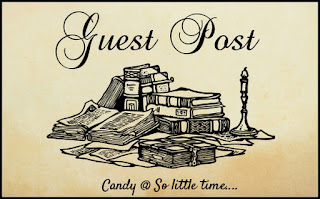 1. Welcome, Shannon! You’ve been a guest here several times before, but let’s start at the beginning. When did you read your first Jane Austen novel, and what was it?

It wasn’t until about a dozen years ago, unfortunately. Once my two sons were nearly grown, I got back to reading again (something I had thrived on in my early years but nearly given up while I was a super-busy working mom). I already had the idea that I should catch up on “the classics” when I fortuitously spotted a copy of Colin Firth’s P&P ’95 at Costco. It was love at first watch, needless to say. That started me off. But I decided to read Austen’s novels in the order they had been published, so I actually read Sense and Sensibility first!

2. What persuaded you to write Jane Austen Fan Fiction?

After reading and rereading all her novels, I still hungered for more. Then the first modern P&P sequel I stumbled across…  Well, let’s just say it disappointed me (in the extreme!). So I sat down at the computer one day to try my hand at writing my own – the kind of sequel I envisioned, something true to Austen’s style and to the characters I knew and loved so much. I had no idea if I could do it, but it turned out well and I’ve never looked back. The Darcys of Pemberley, published in 2011, is still my best-seller.

3. You now have a total of seven successful JAFF novels to your credit. So what inspired you to tackle the challenge of a non-fiction piece? To write a Jane Austen Devotional?

You used the right word: inspired!

I had always been curious about Jane Austen’s spiritual side, and so I did some reading on the subject. Then, as I perused her three surviving prayers, ideas kept popping into my head – associations to her stories and characters. Finding the words “Pride and Vanity” together in the first prayer made me think of that contentious conversation between Elizabeth and Mr. Darcy. The mention of repentance reminded me of Emma, after she insulted Miss Bates. Elinor and Marianne came to mind when I read a section on suffering.

I started thinking that it might be possible for me to write a meaningful Jane Austen devotional base on her prayers. After all, I had years of Bible study under my belt as well as extensive knowledge of Austen’s works. So that’s what I ultimately decided to do!

I ended up breaking down Austen’s three lengthy prayers into fifty individual petitions, allowing each one to inspire a separate message founded on scripture and using characters and situations from Austen’s novels as illustrations for each spiritual principle. Every book I’ve written has been a new and interesting challenge in some way or another. That’s definitely true of this devotional, and it was a thrill to see how well it came together!

4. I’m curious about the title. Where did “Prayer and Praise” come from?

It’s because I conclude every devotional message with a brief on-topic prayer and a quoted bit of scripture (or sometimes an excerpt from a traditional hymn) in God’s praise. Plus I admit that I rather enjoyed the idea that the title could then be abbreviated as “P&P,” the same as my favorite novel.

5. You implied before that you liked having a fresh writing challenge every time. Can you elaborate on that?

I’d love to! My first novel (The Darcys of Pemberley) was my first novel, so everything was a new challenge! For my second, instead of borrowing Austen’s characters, I created my own for a brand new Austen-style story (For Myself Alone). In The Persuasion of Miss Jane Austen, I made Jane Austen herself a character, drawing a parallel between her own life and her novel Persuasion – the most complex story I’ve ever attempted. I’ve also written two time-travel novels (Leap of Faith, Leap of Hope) – one JAFF and the other not. I’ve written stories for minor characters (Mary Bennet, Georgiana Darcy, and Anne de Bourgh). And I recently wrote my first play (adapted from my novel The Ladies of Rosings Park), so we’ll have to see if anything comes of that.

6. I see what you mean, Shannon. So what’s next for you? What are you currently working on?

I have a campy Northanger Abbey sequel about half finished (my first murder mystery!), which should be out sometime next summer. Then I’m feeling drawn back to Pride and Prejudice, probably something from Darcy’s point of view this time – also something I’ve never done before. To paraphrase the name of your blog, Candy, “So many ideas; so little time!”

Lol! Yes, that's so true of many things! Thank you for letting me interview you! It has been a pleasure working with you on this. 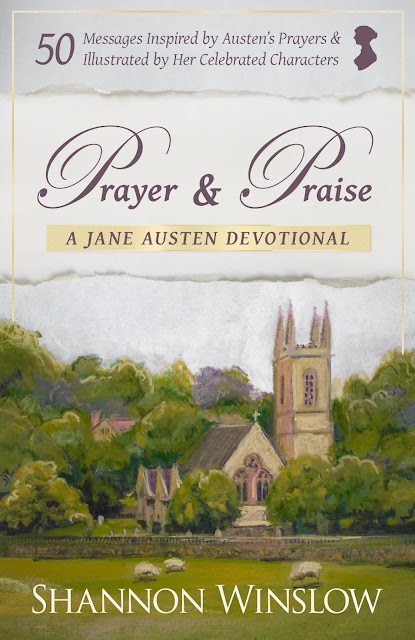 Did you know that Jane Austen wrote prayers in addition to her six classic novels? She was not only a woman of celebrated humor, intellect, and insight; she was a woman of faith.

Prayer & Praise is a treasure trove of thought-provoking messages inspired by the lines of Austen’s three preserved prayers. Atop a solid foundation of scripture, these 50 devotional segments (each finishing with prayer and praise) enlist familiar characters and situations from Austen novels to illustrate spiritual principles – in creative, often surprising, ways!

Which one of Austen’s characters developed a god complex? Who was really pulling Henry Crawford’s strings? Where do we see examples of true repentance, a redeemer at work, light overcoming darkness? With a Biblical perspective, Austen’s beloved stories reveal new lessons about life, truth, hope, and faith.

Here is a sample from Prayer & Praise from Shannon's website.

For a chance to win a copy, go to Shannon's website! Good luck!

So, friends, what do you think? Isn't it amazing that a few of Jane Austen's prayers survived?! I'm so happy about that! Do you read devotionals?