Getting to know Karen Aminadra ~ An Interview

Today, I am welcoming Karen Aminadra to my blog! She has a new book out, Charlotte ~ Pride & Prejudice Continues, you can read my review of her book here. 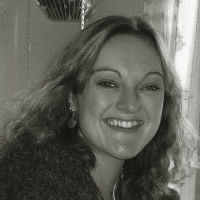 1. Tell us a little bit about your self. (I love that you grew up in Hertfordshire!)

Yes that is great, but I didn't realise the significance of it until later.  I read a wonderful article where this man had used triangulation to pin point Longbourn, Meryton and Lucas Lodge using P&P, because Jane stated exactly how far it was to Gracechurch Street in London.  I was amazed to find that I lived 5 miles or less from Longbourn or Redbourn as it's called, and used to go shopping and worked once in Meryton itself! (Or Harpenden).  It really gave me a deeper understanding and knowledge of the places in P&P.  However, it's sad that the house Jane named Netherfield no longer exists and is a golf course.
I was born in London but grew up in Hemel Hempstead in Hertfordshire and loved it there.  It is so close to London, which is great when you are growing up and also near to the Ashridge National Trust Estate which is teeming with wildlife. I used to love picnicking there and watching the deer, just as Jane might have done too.
I now live in Wootton, Northamptonshire with my husband. This place also has a Jane Austen connection.  In Northanger Abbey, Henry Tilney mentions the Militia stationed at Northampton, well that's my village, and the Officer's Quarters are still standing as well as Wootton Hall (the Estate House) which is now, believe it or not, the Police Station.


2. I'm always interested in hearing about an author's writing process. How do you go about writing a story? Do you outline the story first or do you let the story evolve as you are writing it?

A little bit of both really.  I begin with an idea and I meditate on it, dwell on it and chew it over and over until it becomes a story line.  Then I'll think more deeply about the characters and that's when they wake up and want to demand my attention.  That's also when I have to start writing to keep up with their constant chatter.
I usually know where I want to go in a book and how I want to get there, but more often than not, a character will clear their throat and demand that I listen to what they have to say. Just like Mrs Abbot in Charlotte, she was determined to do what she could for her friend and the whole card party scene wrote itself, I sat back and watched them get on with it!


3. Why did you choose to write about Charlotte? 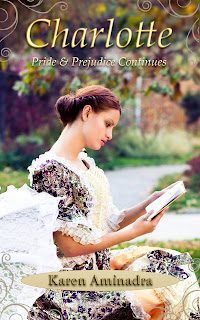 Charlotte always intrigued me.  I completely understand why she married Mr Collins but I always questioned her motives.  I have rarely seen a human being who could live without affection, whether it be from a pet, a friend or a spouse, we all need to be loved.  After a conversation with a friend about Charlotte, I realised there was a story there.  Charlotte came from a loving family and went into Kent, with a husband that, let's be honest, makes most women's skin crawl and also she had to deal with being ordered about by Lady Catherine... how would you have felt? or dealt with it?


4. I have to ask, Mr. Collins, did you start out wanting to make him a likable person?

Ha ha no. Actually no.  My attention was on Charlotte and how on earth she would survive marriage to him.  But in the course of all her trials and tribulations I was forced to sit back and ask him how he was feeling. Then little by little he changed.  I certainly didn't do it on purpose and I admit to toying with the idea of killing him off.  I knew that Jane would have wanted me to at least try and make their marriage work, and in the process Mr Collins evolved and matured and I proudly admit (even if you can't admit it yourself Candy ha ha) that I LOVE Mr Collins now!


5. What are you currently working on?

My latest project is a book I started about ten years ago and just couldn't finish.  It begins in 1911 and then goes into 1912 in Suffolk, England.

Baronet Sir George Bancroft and his family are in financial ruin but they are rescued by his distant cousin Gregory Rogers.  However all is not as it appears and nothing returns to normal once Gregory arrives. He has the money, he now has Bancroft Hall and one by one all obstacles to his gaining the Baronetcy are being removed...his eye and interest then turns to young 18 year old Jane. She must also be removed or controlled, but will his affection for her stand in the way?
It's not been easy to write and I admit I had a hard time killing off my first character.

Thank you so much, Karen, for agreeing to this interview! It's been so fun getting to know you!

You can find Karen at www.karenaminadra.com