Accidentally Yours by Robin M. Helm ~ Review and GIVEAWAY! 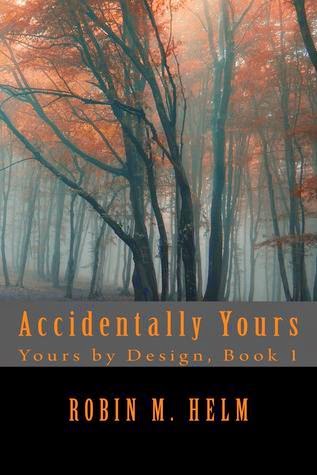 Accidentally Yours [Yours by Design, Book 1] by Robin M. Helm

In 1795, Fitzwilliam Darcy was struggling with his feelings for Elizabeth Bennet, someone far beneath him socially, but perfect for him in every other way.

In 2013, Will Darcy fears he will never find someone that measures up to the woman he fell in love with, a woman that lives between the pages of a book. Elizabeth Bennet.

The story begins shortly after Fitzwilliam Darcy delivers that letter to Elizabeth, the morning after his disastrous proposal. He is in an accident and is thrown from his horse and slams into a tree. In the future, Will is hit by a speeding car as he steps off a curb. At the time of both accidents, one is hoping he would never have to see Elizabeth again and the other is praying he could meet the real Elizabeth. Their prayers are answered as they switch places!

I loved this story! The way the chapters alternate between the past and present. We follow the lives of both men as though it's happening at the same time, only centuries apart.

I found I did not like Fitzwilliam Darcy very much in this story. I have a feeling before the end of the series I will love him again, but in the beginning, he is more than arrogant, he is harsh and mean in his thinking. This is one of his thoughts after Elizabeth refused him:

“Had you been brought up with any discipline, decorum, or respect for your betters, you would not speak to me thus. Your father should have taken a sterner hand with you. Women and horses require breaking and had you accepted me, I could have done it handily.”

That makes me cringe! That’s not the Darcy I love! But, by the end of this book I'm already seeing him softening. I'm so curious to see what is going to happen to him by the end of the series!

Now, Will Darcy, on the other hand, is so sweet! The way he takes care of his grandmother is adorable. She raised him after his parents were killed in an accident. Her love of Jane Austen rubbed off on him as they would read Jane’s books and watch the BBC mini-series and movies together. He is well versed in all things Austen, and he is also a history buff, so when he found himself living in the late 1700s, he adapted quickly!

A few things I loved about this story: I like the mystery of the missing money at Rosing! With Fitzwilliam in the 21st century, Will has to figure out who is to blame for it, and find a way to replace it. I love Colonel Fitzwilliam in this story! He believed Will’s story and is there to help him in any way he can. I also love the way Fitzwilliam learns what happened to him. It must have been confusing for him to wake up in the emergency room with the bright lights, beeping machines and tubes attached to his body!

What I didn’t like about this story: It ended with many questions hanging as the story will be continued in the next book. It is a three book series, and I fear I will have to wait a long time to have all my questions answered. The good news is book 2, Sincerely Yours, is about to be released! Book three, Forever Yours, due to be released fall 2014. So we won't be waiting long!

Accidentally Yours is a fantastic story! I am totally looking forward to reading the whole series!

Disclaimer: I received a copy of the book for my honest review.

Would you like to win a copy of Accidentally Yours? Robin Helm is generously giving away one autographed paperback (U.S. only) and e-copy (kindle)(Internationally) of her book to one lucky person. To win, just fill out the Rafflecopter below and leave a comment! Last day to enter is June 23rd, 2014.

Any thoughts? I'd love to hear! Remember you MUST fill out the Rafflecopter above to enter the giveaway! Comments alone don't count.
Posted by Candy @ So little time... at 12:30 AM