Today it's my pleasure to have Elizabeth Adams here with a guest post on her new book, Meryton Vignettes: Tales of Pride and Prejudice! Enjoy!

I have a great love for short stories. They’re quick, concise, and the perfect short trip into another world when you don’t have time or patience for a long holiday. When I feel disorganized or when I get bad news and I just want to escape for a little while without finding myself hanging from a literary cliff, I reach for a short story.

Some of the stories in this collection were written years ago, others were outtakes from other works, and more were written recently as the muse struck me. They center primarily around peripheral or additional characters, though two are from Elizabeth’s point of view in circumstances she never thought she’d be in.

The book is divided into three parts: Down the Road, Alternate Paths, and In the Dark.

I organized it this way because I wanted to give the reader a hint of what they were about to read and I didn’t want anyone blindsided by the stories, especially the two darker ones. I usually write with a comedic bent and I hope these stories make the readers laugh, though of course some are meant to inspire the opposite. You’ll see what I mean when you read the book.

One of my personal favorites is this one about Caroline Bingley and how she moves on after Darcy marries Elizabeth Bennet.


Here is an excerpt from Life After Darcy. 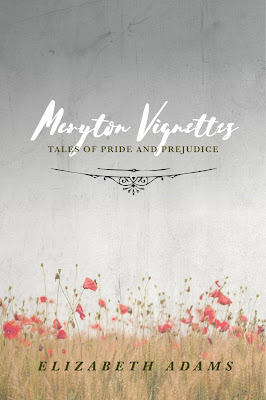 Life After Darcy
By Elizabeth Adams

Really, what did they expect her to do? Simply move on? Pretend he hadn’t existed? That she hadn’t imagined what their life would be like in the future? Spending summers at Pemberley and the season in town, going to Italy for their ten-year anniversary, presenting their daughters at court, dancing at their son’s wedding. Did they really expect her to just forget it all? Forget him?

Well, she would not. She may not have always loved him as she should, as she did now, but her heart had finally opened and she was not about to give up on this peculiar feeling, no matter what her sister said to her.

And really, what did Louisa know about it anyway? She was married to that drunken lump of a man. She had never burned with passion, consumed with feelings she couldn’t understand. She had never watched the man of her dreams fall helplessly in love with a woman that wasn’t worthy of him, couldn’t be worthy of him. No, Louisa understood nothing and she refused to listen to her.

Charles was even worse. He attempted to reason with her, telling her that she and Mr. Darcy would never have gotten along anyway, that they were ill-matched, that she should count herself lucky and try to find a man more suited to the life she wanted to live. He didn’t understand. None of them did.

Only dear, sweet Jane comprehended how hurt she was, how wounded her pride, how bruised her vanity. That he had been so near to her on so many occasions, and yet looked her over, was a blow to her self-worth. That he could prefer someone so different from herself challenged everything she had long believed to be true.

Could they not see how her world was set on its head? What was she supposed to do, now that every dream was lain waste to, every cherished hope lost?

After the wedding, a black day she refused to acknowledge as special in any way, she decided something must be done. She was not the sort of woman to collapse at the whim of a man. She was stronger than that. She saw the sniggers on the faces of her supposed friends, the ones who had known of her single-minded pursuit of him and seen it in action. She would show them how a true lady comported herself. She would not cower in the corner like a jilted miss. She would stand tall and show them what she was made of. Show him.

Oh, she knew that even if he realized his mistake (as she was sure he would—in short order), there was no way she could ever have him. Of course, Eliza could die in childbirth but she doubted that outcome. Country girls were oddly strong in that respect. But even though she knew he would never be hers, she did admit to a certain satisfaction in thinking about how he would wish he had wed differently. Perhaps even that he had wed her.

Her favorite fantasy, of course, involved Mr. Darcy realizing before a year was out that he had made a terrible mistake. He would explain all to her when they were both visiting Charles. It would be late and he would have had one too many glasses of brandy. She would come across him alone in the drawing room after returning to fetch her shawl or in the library long after everyone else was abed. He would unburden himself to her and she would become his confidant, his dearest friend, the one he turned to for solace and relief.

After a time of close friendship, he would tell her his feelings could not be repressed. He must tell her how he loved her passionately and beg her to become his lover, even though he knew she was engaged to a marquis. She would refuse him, firmly but gently, and for the rest of their lives, their eyes would meet across crowded ballrooms and their hands touch clandestinely under tables at dinner parties. Eventually, Eliza would succumb to some disease contracted from her vile relations and die. Caroline would comfort him once again, and after her husband perished in a tragic riding accident, leaving her a wealthy and established socialite, they would become lovers and eventually marry, but only after he begged her for months and apologized for slighting her so dreadfully all those years ago.

Alas, she was not so unrealistic to believe any of this would actually happen, but it was a pleasant day dream nonetheless. 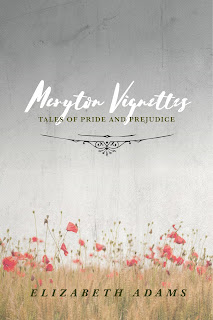 Meryton Vignettes: Tales of Pride and Prejudice
by Elizabeth Adams

In this collection of six short stories, the people of Pride and Prejudice move on, grow up, and explore paths not taken. Time leads these beloved characters down roads of self-discovery, courage, and heartbreak. And sometimes the journey takes them to surprising places. 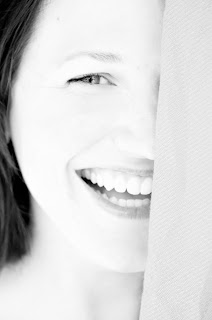 Elizabeth Adams loves sunshine and a good book, hates green peas, and hopes to one day live in a villa on the Mediterranean.  Her favorite movie is Casablanca,  and of course anything with Cary Grant. She has a slight chocolate addiction but redeems herself by being a great dancer.  She writes comedy, romance, romantic comedy, and comedic-drama, in both historical and modern settings. She thrives on comments, so feel free to leave a note under any of the shorts or extras.

Oh, my! I loved that! It's loved seeing Carolina decide to stand tall with her head held high, and then the next minute, go back to day dreaming about getting Darcy back!

Elizabeth, thanks for being a guest here at So little time... And congratulations on the release of Meryton Vignettes! I absolutely love the cover! I'm placing it on my wish list. It would be a nice addition to my Austenesque book collection!