Hello, my friends! I'm delighted to be part of The Assistant Blog Tour! Riana Everly is visiting us today with a guest post introducing her Mr. Gardiner. I hope you enjoy!

Be sure to check out the giveaway at the bottom of the post! 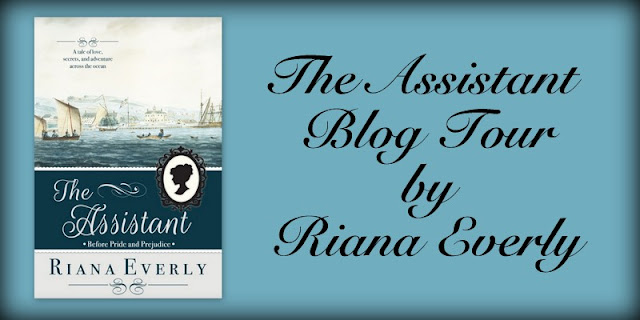 I have a new novel that’s just been released, telling the story of Elizabeth Bennet’s aunt and uncle, the Gardiners. Jane Austen tells us is that this is an elegant and sensible couple, marked by their fine manners rather than by their station in life. But instead of me talking about Edward Gardiner, I’ll let his best friend Frederick Dyson do the honours!

Edward Gardiner, as described by his good friend, Frederick Dyson


Ah, good day to you all. I hope you will not mind if I introduce myself. It seems rather to be the fashion in some circles these days – ah, what modern times we live in! My name is Frederick Dyson, and I have the pleasure of being one of Edward Gardiner’s oldest—and most handsome—friends.

I cannot recall when first I met Edward, for we were both infants at the time. Perhaps even younger. Our fathers were partners in business, and our families grew close. Edward and I shared a tutor for our early education, and later attended the local parish school together.  It was only then that our paths began to diverge, although we have remained the closest of friends.

After our basic educations were complete, we parted ways for a time. I am smart enough, I venture, but books and Latin and geography are not for me and I had no wish to attend university. But Edward is a different sort of man, and consequently he abandoned all he loved and all who loved him to venture off to some strange and wild place to take his degree. Are there not fine enough schools in Britain that he had to abscond to the New World? Months could pass without a word from him, leaving us here not knowing if he were alive or dead, or kidnapped by the French.

How pleased we all were when he returned, hale and hearty, not once having been kidnapped or even slightly misplaced, and with a trace of a colonial accent as well. Oh, we teased him rightly enough for that, but it did not last long. Edward, for all his strengths, does not always have the best sense of humour. Pity, for I enjoyed those jokes. And then he took a role in his father’s business, whilst I was content to sit back on the fortune my father amassed and become a man of leisure, keeping only enough of an eye on the family business to excuse myself from joining the ranks of the landed gentry. It seemed, sometimes, that despite the passing of the years, nothing had changed from before, that we were still youths of seventeen or eighteen.

But wait! Time does pass, and change does occur, for of late, our friend Edward seems to have formed an attachment! Oh, how I should love to tease him about that, but he is a rather serious fellow at times and does not always take well to such treatment. And he really is quite completely besotted with this lady, although—and you will hardly believe this—he has never met her!


Can you imagine it? Edward Gardiner has fallen in love with a lady he knows not, only through some most improper correspondence. Yes, you have heard correctly. He and this unknown lady have been writing to each other! They are quite strangers to each other, and certainly, have no understanding that would allow them such liberties! How shocking! What a scandal that would be, should anybody care enough about us to send it into the papers. How lucky Edward is that the likes of us are of so little concern to the chattering classes.

Well, enough of my prattling. Perhaps Edward needs only to meet another woman, a damsel of flesh and blood, rather than paper and ink, to turn his mind back to rights. Mother is hosting a ball soon, and I do believe there will be more than one young lady in attendance. We shall only see whom my good friend chances to meet there!

Excerpt from The Assistant

“Something, Edward, is bothering you, and I demand to hear it.”

“Rot, Edward. And you know it. For all that you are a far more serious bloke than I am, you are a social fellow too, and when you neglect your friends, I know that something is aboil. Now tell me, or I shall…  I shall…”

Edward laughed, “You shall what, Fred? I long to find out.”

“I shall do something particularly embarrassing, as soon as I can decide what that might be!” He laughed at his own joke, then asked, “Your parents? Your sisters? Your nieces, perhaps? All are well?”

“All my family are quite well and healthy. Although I do believe the week I spent with my sister Fanny is enough to last me for this next sixmonth, at least. I do not know how brother Bennet survives her!”  He chuckled and took a drink. “And my nieces are delightful. The younger ones are still babies, but the older two grow more personable each day. I shall enjoy their company as adults, I know.”

“Then whatever can it be, Edward,” Frederick looked perplexed. “For I know something is the matter.” He scratched his sandy head and drew his lips into a twisted half smile, as he did when he was thinking. Then he suddenly tapped his finger on his nose. “No! It cannot be! And yet—” He let out a chortle. “What of the elusive Miss Grant?  Aha, Edward, I see that look, that evasive glance, the twist of the head. You are still besotted with this lady of the letters. Tell all, tell!”

“Alas, Fred, there is nothing to tell. She wrote to me, I wrote to her, we corresponded for a short time, and then she stopped. I had no reasons to expect a longer period of correspondence. I am a stupid fellow, silly as a schoolgirl.”

“Oh, I see how things are. You’ve been thrown over for someone with better penmanship. But surely it has only been a few short weeks. This is a busy time of year, and it is more than likely that the lady has been engaged with other matters. Family, or travels, just as you have been. I would not throw myself into the Thames quite yet. Next week will do, after the ball. Must not upset Mater’s seating arrangement for supper, after all.”

“Fred, you are a stout fellow and know how to make me smile. I promise I shall not throw myself into the river, nor do away with myself by any other means, at least until after the ball. I should hate to upset your mother’s seating arrangements.” 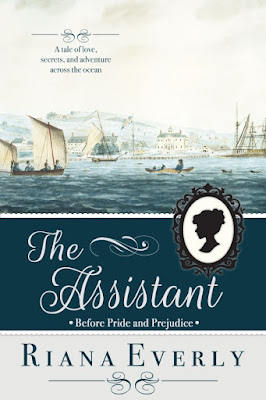 A tale of love, secrets, and adventure across the ocean

When textile merchant Edward Gardiner rescues an injured youth, he has no notion that this simple act of kindness will change his life. The boy is bright and has a gift for numbers that soon makes him a valued assistant and part of the Gardiners’ business, but he also has secrets and a set of unusual acquaintances. When he introduces Edward to his sparkling and unconventional friend, Miss Grant, Edward finds himself falling in love.

But who is this enigmatic woman who so quickly finds her way to Edward’s heart? Do the deep secrets she refuses to reveal have anything to do with the appearance of a sinister stranger, or with the rumours of a missing heir to a northern estate? As danger mounts, Edward must find the answers in order to save the woman who has bewitched him . . . but the answers themselves may destroy all his hopes.

Set against the background of Jane Austen’s London, this Pride and Prejudice prequel casts us into the world of Elizabeth Bennet’s beloved Aunt and Uncle Gardiner. Their unlikely tale takes the reader from the woods of Derbyshire, to the ballrooms of London, to the shores of Nova Scotia. With so much at stake, can they find their Happily Ever After?

Riana Everly was born in South Africa, but has called Canada home since she was eight years old. She has a Master’s degree in Medieval Studies and is trained as a classical musician, specialising in Baroque and early Classical music. She first encountered Jane Austen when her father handed her a copy of Emma at age 11, and has never looked back.


Riana now lives in Toronto with her family. When she is not writing, she can often be found playing string quartets with friends, biking around the beautiful province of Ontario with her husband, trying to improve her photography, thinking about what to make for dinner, and, of course, reading!


It's giveaway time! Riana is giving away five e-copies of The Assistant to five lucky people! To enter, fill out the Rafflecopter below! Open Internationally!